As the football season has drawn to close, it gives me great pleasure to publish the final league table.

It has been a very strange season. It started off with no fans in attendance and ended up with at least some getting to watch their beloved teams.

The Consortio Championship has proven to be immensely popular and a great talking point amongst us all. Once again, it would appear that Finance have too much time on their hands as both Elliot Moss and Christine Frost finished in the top five. Although it was tight all season, I think everyone knew going into the last couple of game weeks that Andy Love had done enough to secure the title. Sure enough, he ended up finishing 108 points ahead of Shaun Leach in second place.

Third place was taken by Elliot, with Martin Eley in fourth and Christine in fifth. Our Head of Business Development, Jeremy Pye, came sixth and only 20 points behind Christine. More football homework is required for Jeremy, I think.

Now to those lower down the table, myself included. Nathan Potter, our COO and Earl Knight, our CEO, had their best seasons to date – they finished in 13th and 16th place respectively.

Wayne Redman failed to achieve his only aim of the season, which was to be above Nathan at the end – he finished 19th. At least I achieved my aim of finishing in the top 10.

Reminder to self: aim higher next season.

As publicised before, Consortio Security committed to providing a guaranteed first prize of £250, irrespective of how many entered.

The breakdown of prizes is as follows:

Awsworth Villa FC are a community club offering football at under 18, adult and veteran levels and are a standard charter club. The donation has been made and greatly received by them. Alan Hopkin, their secretary commented:

“I cannot emphasise how much this gesture of support means to us and I express my thanks on behalf of the club.”

I am sure you will all agree that this is a fantastic gesture from a true gentleman. Thank you Andy. 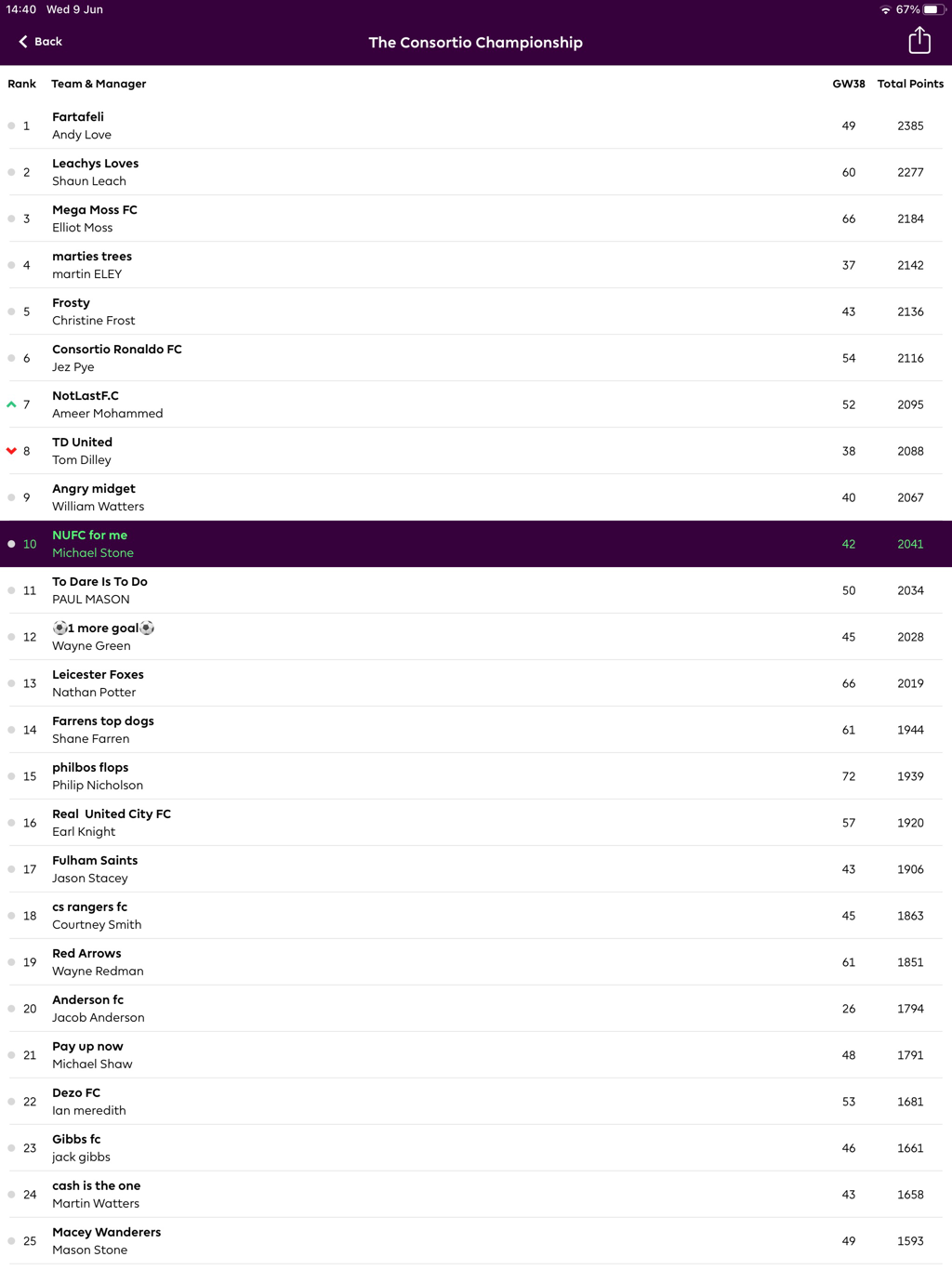