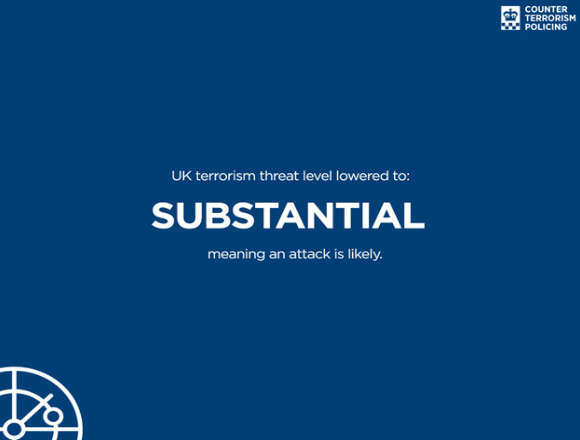 The threat to the UK (England, Wales, Scotland and Northern Ireland) from international terrorism is SUBSTANTIAL 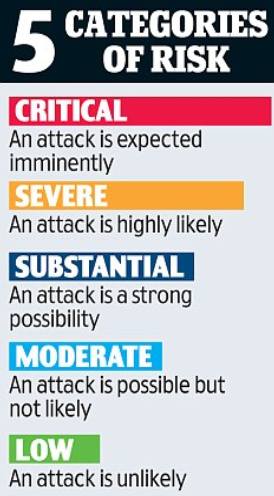 The UK threat level from terrorism has been reduced to Substantial – meaning an attack is likely The decision to lower the assessment from Severe – meaning an attack is highly likely – was made by the Joint Terrorism Analysis Centre (JTAC). This is an independent body of experts who evaluate available intelligence alongside terrorist capability and intentions.

Head of Counter Terrorism Policing, Assistant Commissioner Neil Basu, says: “The reduction to ‘Substantial’ indicates positive developments in reducing the threat from terrorism but still means an attack is likely.

Counter Terrorism Policing has around 800 live CT investigations nationally and 24attack plots have been thwarted since the atrocity in Westminster in March 2017. So it is vital that we all maintain a high level of vigilance and continue to invest in strong protective security measures to deter future attacks.